Obedience to the Prophet (S) - According to The Holy Quran 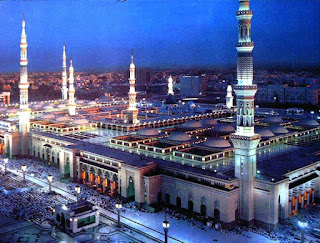 For the guidance of all mankind until doomsday, The Almighty Allah has given us The Holy Quran. He has chosen Islam as the lifestyle for mankind, and as a living example of the Islamic life, He has sent the Last Prophet Muhammad (S). We as Muslims believe in this and yet many of us have a wrong conception that following the orders of The Holy Quran is compulsory and following the ways of Muhammad (S) is optional is Islam and a totally separate thing. Well, this conception can only be the result of lack of knowledge about The Holy Quran. Because The Quran itself orders mankind to follow the Last Prophet (S).

In the character of Muhammad (S), Allah Subhanu Wata’ala has poured down all the properties of a perfect human being, a role model which should be followed by every person If he wants peace in this life and the next. In The Holy Quran, Allah says:

“There is indeed a good model for you in the Messenger of Allah – for the one who has hope in Allah and the Last Day, and remembers Allah profusely.”

According to the most accepted explanation (tafsir), Maariful Quran, this verse was initially revealed in context of the battle of Ahzab, to remind the hypocrites that they should have followed the example of the Holy Prophet (S) who stood firm in the battle, but by the unique style of The Holy Quran, the direction is given in generic terms to lay down a universal rule that Muslims should follow the ways of their Prophet (S) in all aspects of life.

Elsewhere in The Quran, The Almighty Allah describes the personality of Muhammad (S) as one who always wants only the good for mankind, and wants to save us from all sufferings:

“Surely, there has come to you a Messenger from amongst you, hard on whom is your suffering, for the good of you he craves and for believers he is kind, merciful.”

So it is clear that Prophet Muhammad (S) is the role model for mankind.

Now, the following verses explain more clearly, that it is in fact not an option, but an order from Allah to follow Muhammad (S), to do what He tells us, to keep way from what He forbids. Allah Ta’ala says in The Quran :

“Say (O Prophet): “if you do love Allah, follow me; Allah shall love you and forgive you your sins. And Allah is Most-Forgiving, Very-Merciful.”

Say:”Obey Allah and the Messenger.” Then, should they turn back, Allah does not love the disbelievers.”

In the explanation of the above verses, it is stated in Tafsir Maariful Quran : “...In other words, if a person living in the world of today claims that he loves his Creator and Master, then, he must test it on the touch-stone of his obedience to the Messenger, that is, match it against the frequency and quality of where and how he has been following him. Once this is done, the genuine and the fake of it will be exposed right there. How much true a person turns out to be in his claim will be visible from how much he makes it a point to follow the noble Prophet (S), using the guidance brought by him as the guiding force in his life. The same test will show that the weaker a person is in his claim, so equally weak he shall be in his obedience to the Prophet (S).”

In another verse of The Holy Quran, The Almighty Creator states:

“Whoever obeys the Messenger obeys Allah and whoever turns away, then, We did not send you to stand guard over them.”

In the light of the above stated verses from The Quran and the explanations, there needs to be no further proof for the fact that, it is indeed the command of Allah that we follow the Sunnah of the Messenger (S) of Allah. Our Creator knows best what is best for us, and He has sent the Last Prophet Muhammad (S) as the role model for the entire mankind. So it is nowhere else but in the ways of the Prophet (S) that we can find true success. Henceforth we shall try to renew our efforts to adopt The Sunnah in every aspect of our life. May Allah keep us in the Straight Path. Ameen.